Santa Is Why People Don’t Trust Themselves 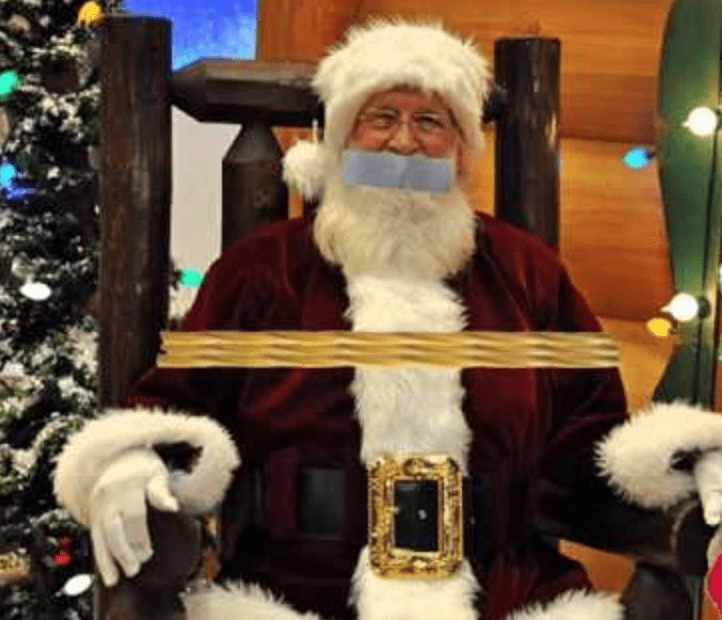 The story of Santa Claus is absolutely absurd…

A big jolly man, wearing a white fur-trimmed red jacket and pants. Leaves his home in the North Pole every Christmas eve to travel through the sky in this sleigh driven by reindeer, so he can deliver toys to every child who has been good that year.

He slips down the chimney, delicately tucking gifts under the tree and in stockings for every boy and girl to find.

And he does all of this in one night.

Yet I fell for the lie.

Our parents did everything they could to make us believe a story that’s not true. ‘Cause it’s the story that they were told. They’re just perpetuating the lies and secrets ’cause it’s what they learned to do.

Many of us entrained to believe the lie of Santa Claus.

I think Santa Claus is why people don’t trust themselves.

That may sound crazy to you, but check this out…

As a kid, your parents told you this preposterous story about a jolly man called Santa Claus.

So fantastical you believe it.

And why not, your parents would never lie to you, right?

Even though on some level, at some age you sense this is a lie, you go along with it.

The perfect set-up for you to dismiss your own knowing.

This bearded man judges you only bringing you gifts if you’re good.

So you do everything you can to avoid being bad and getting on the “naughty list” only to find coal in your stocking.

Another perfect set-up for you to reject the parts of yourself that might be considered bad or naughty.

Maybe you really wanted a 10-speed bike for Christmas or the new Nintendo game or that Swatch, all the kids, are coveting. You put these items on your list, and you hope, believe, and try to be good enough, so you’ll get what you’re asking for.

Which is all a way to separate yourself from the actual process of having what you want because it’s dependent on someone else giving it to you that comes with conditions.

Then Christmas morning comes, and what happens?

You don’t get what you asked for.

But why not, I was really good? I did all the right things.

Know your starting to wonder, what’s it gonna take to get that old guy to bring you what you really want? Will you ever get what you want? Maybe you should just stop asking for what you want…

Now, without even knowing it, you’ve become dubious about this whole ask & receive thing and stop asking for what you want. Buying the lie that you’ll never get it, or that the “getting it” relies on behaving in a way that’s not a judgeable offense.

The perfect storm for deep-seated doubt.

As an adult, you might say that Santa Claus didn’t have any effect on you. But when you explore what was going on at the unconscious level as a child, you see how this lie eroded your trust in yourself. And how the story of Santa Claus is still impacting you today.

If you respond with a little, a lot, or a lotta lot, you’ve been affected by the lie of Santa Claus.

And honestly, Santa is just one example of many ways you’ve been entrained to doubt and limit yourself to behaving the way other people want you to behave.

Only so they can control and manipulate you.

So what do you do about this as an adult?

How do you free yourself from the lies and unconscious programming that’s been keeping you from having and creating all that you know is crazy possible?

The first step is to acknowledge the impact this lie has had on you.

This is essential to waking up out of the trance so you can get free from it and start knowing that your ask, actually creates.

It’s one of your superpowers.

Magic is available to you… just not in the form of a white-bearded old fella.

Have a great holiday, whatever you’re celebrating.